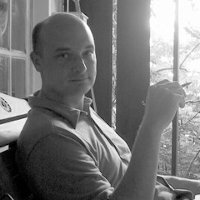 Timothy Rogers is interested in understanding human semantic memory; that is, our knowledge about the meanings of words, objects, and events. Specifically, he would like to understand how semantic knowledge is stored and represented in the mind and brain, how it is acquired throughout development, how semantic tasks are performed by healthy adults and experts, and how semantic knowledge degrades in dementia. Rogers addresses these questions using computer models and empirical investigation with healthy and brain-damaged populations. In work with Jay McClelland he has used a simple feed-forward connectionist model to illustrate how the principles of parallel distributed processing (PDP) can make sense of a range of empirical phenomena from the domains of conceptual development, normal and disturbed adult semantic cognition, expertise, and “theory-theory.” This work has been published in a book from MIT Press. With Karalyn Patterson and John Hodges at the Cognition and Brain Sciences Unit in Cambridge, UK, and Matthew Lambon Ralph at the University of Manchester, he has conducted empirical work investigating the breakdown of semantic memory in different neuropsychological disorders. With Cathy Price at the Functional Imaging Lab in London, UK, he has done functional imaging work to determine how patterns of brain activation seen in the temporal lobes during semantic tasks might reflect the similarity structure of visual and semantic representations.