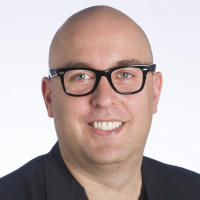 Vassilis Kostakos is a Professor of Human Computer Interaction at the School of Computing and Information Systems at the University of Melbourne. He directs the Smart Hospital Living Lab, and is deputy director of the Centre for Research Excellence on Interactive Digital Technology to Transform Australia’s Chronic Disease Outcomes. He holds a PhD in Computer Science from the University of Bath, UK. He has previously held appointments at the University of Oulu, University of Madeira, and Carnegie Mellon University. He was a Marie Curie Fellow, and a Fellow of the Academy of Finland Distinguished Professor Program. He was the founding director of the Center for Ubiquitous Computing at the University of Oulu in 2016. He is a founding editor of the Proceedings of the ACM in Interactive, Mobile, Wearable, and Ubiquitous Technologies. His research interests include Human Computer Interaction, Ubiquitous Computing, and Social Computing. His research aims to develop novel interactive technologies that better understand and better respond to humans.